Thanks,
The Instagram Team
Posted by www.AutoDigitalMarketing.com at 6:51 PM No comments:

Thanks,
The Instagram Team
Posted by www.AutoDigitalMarketing.com at 3:21 AM No comments:

With the ball in Time's Square set to drop soon, it's time to officially put 2013 to rest. To celebrate the year that was, we're going to take a look back at our top 10 most popular Web articles of 2013, and get a look at the stories that got the most eyeballs this past year.

Our 2014 Car of the Year, the Cadillac CTS, just squeaks into the top 10, beating out our Ford Atlas Concept First Look. The 2014 Cadillac CTS is the second CTS to earn the golden calipers, following the 2008 CTS.

The Cadillac CTS ultimately won Car of the Year because it dominated in our six Car of the Year criteria. In our Car of the Year winner piece, Scott Evans wrote, "In this year's competition, the CTS was forced to directly face down its strongest rivals. Present and fighting for the Calipers were both the BMW 5 Series and Mercedes-Benz E-Class, the old guard of the segment and of luxury vehicles. The CTS demonstrated superior advancement in design, performance, handling, and experience over the other two."

Our 2013/2014 Compact Crossover Comparison Test between the Ford Escape, Toyota RAV4, Subaru Forester, and Mazda CX-5 was our ninth-most popular article of 2013. So what made our Compact Crossover Comparo so popular? Simple, says Detroit Editor Scott Burgess, "No modern family starter kit is complete without a small crossover." Couple that fact with a controversial last-place finish for a fan favorite and you've got enough hits to put you on this list.

Search Tires by Vehicle, Name, or Size
Powered by Swoop

There arguably wasn't a more important First Test this year than the all-new 2014 Chevrolet Corvette Stingray Z51's. The new Corvette Stingray would be the car that either showed GM still had what it took to build a world-beating sports car, or show that the automaker was just going through the motions.

Thankfully, with a 0-60 mph time of 3.9 seconds, and an ability to "laydown hero numbers without soiling the hero's pants," the 'Vette certainly lives up to expectations.

Who says a midsize sedan can't be sporty? This comparison test's seventh place finish proves that there are family-oriented enthusiasts out there who want their midsize sedans to offer up a high level of sportiness. Though the Toyota Camry proved to be outclassed by the other sedans in the comparo, both the Honda Accord and Mazda6 offered up high levels of sportiness, while returning the fuel economy, comfort, and refinement one would expect from a family sedan.

Number-six most-popular (but number-one in your hearts!) is our 2013 Best Driver's Car competition. This year's competition was a good one. It featured everything from the 252-hp 2.0-liter turbo-4-powered Ford Focus ST, to the 640-hp 8.4-liter V-10-powered SRT Viper. After a week of testing (and the World's Greatest Drag Race 3), the Porsche 911 Carrera S was ultimately crowned the winner.

If this doesn't speak to how popular the long-neglected midsize pickup segment is, we don't know what will. The 2015 Chevrolet Colorado is the first truly new truck in the segment in years, and it certainly looks promising. It'll offer four-cylinder and V-6 engines at launch, and will be joined by a new turbodiesel I-4 in 2016.

Our 2013 Tesla Model S Car of the Year story makes its second consecutive appearance on our Top 10 Most Popular Web Articles list. Even a year after we named it our Car of the Year, the Model S still commands attention as our first-ever electric Car of the Year winner, and a fine example of American innovation and entrepreneurship.

It's been a good year for cars. This year kicked off with a bang in Detroit -- the debut of the seventh-generation Chevrolet Corvette Stingray. The year 2013 is bookended by another American icon; read on to find out what it is.

We told you 2013 was a good year for cars. After being kicked off by the new 'Vette in January, the December debut of the 2015 Ford Mustang closes out the year. A dark horse contender considering it debuted earlier this month, our 2015 Ford Mustang First Look is far and away our most popular story of 2013. Click here to find out why.


"Sign seen as you enter a Florida neighborhood... As sarcastic as this sign seems to be trying for, my question is this: Would it have any crime deterrent impact if it were posted prominently throughout YOUR neighborhood? #signs #crime #deterrent #watch #police #burglary #homeinvasion "
(taken at The Ghetto)

Thanks,
The Instagram Team
Posted by www.AutoDigitalMarketing.com at 10:06 PM No comments:

"Have you been able to open your package of gifts? #gifted #talent #philosophy #leadership #potential #digitalralph #sunset #wordsofwisdom "
(taken at Paradiso Di Entrata)

Thanks,
The Instagram Team
Posted by www.AutoDigitalMarketing.com at 11:17 AM No comments: 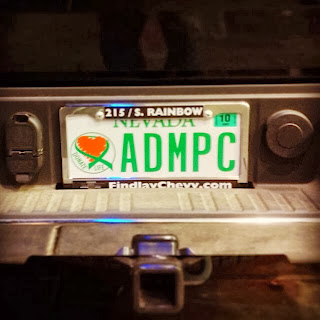 It's been a fantastic year so far at eMarketer. As we enter the fourth quarter and continue planning for next year, I thought it might be good to review some of the improvements we've made to our research coverage and platform in 2013.

Our goal is to help clients make sense of the fast-changing digital landscape—which is why we collect all the research we can, synthesize it, and provide key insights and takeaways. This year we've taken our synthesis of key trends, topics, industries and global markets to another level, through a number of additions and improvements. Here is a run-through:

For the first time, eMarketer also developed a series of dedicated reports on big picture trends for each quarter. These have been a smash hit among clients—among our most popular and most downloaded reports published all year. They include:

eMarketer also dramatically increased output of its widely cited benchmark estimates and forecasts. Some of the most popular reports developed by our team this year include:

Improved research is just part of the story. It's equally critical that this information is easy to access and use. That's why we have an entire product team focused on getting it to you conveniently.

eMarketer has a long-established track record of making it as easy as possible for users to access, interpret and apply our insights quickly—no matter where our users are in the world, and regardless of whether they're at their desk, in a taxi or on the runway.

That's why earlier this year we launched a beautiful new iPad app, which allows users to read recent eMarketer reports in a simple ereader format. The response from clients has been terrific.

Adam Broitman from Mastercard: "I love eMarketer. I actually have the app on my iPhone and my iPad. I'll thumb through things and look at trends in various markets, and I'll forward them on to the relevant market."

Our focus on convenience is also why eMarketer invested heavily in network infrastructure and a brand new global data delivery system this year. It's why we doubled the size of our IT and product development teams. The result is faster than ever access for our users in Asia-Pacific, the Middle East and Africa, and Latin America—in addition to faster user experience for our users in Europe and North America.

Chris Padgett, Vice President of Marketing at Nestlé USA: "I like the ease of finding what I'm looking for and that the information is updated frequently. It's the accessibility and curation that are key—I don't have time to be searching and searching for stuff, so [eMarketer is] probably the fastest route to the kind of information I need from any resource that I have."

We have an exciting lineup of improvements planned for the fourth quarter and next year—all designed to help you stay ahead as digital media, marketing and commerce become a bigger part of your business. We will continue to pay close attention to your needs, we appreciate your business, and we are honored to serve the best minds in digital marketing and media worldwide.

Posted by www.AutoDigitalMarketing.com at 9:57 PM No comments:

RIP PaulWalker just shared an Instagram photo with you:


"The best performance metric benchmarks for car dealers are not industry averages or what other dealers report... The best comparable metrics are what that same dealership reported in previous periods. #AutoMarketing #CarDealer #Metrics #Reports #BDC #AutoIndustry #Automotive"
(taken at Automotive Media Partners, LLC)

Thanks,
The Instagram Team
Posted by www.AutoDigitalMarketing.com at 2:04 AM No comments:

ALL YOUR FAVORITE POP CULTURE ROBOTS--NOW IN ONE PLACE

ALL YOUR FAVORITE POP CULTURE ROBOTS--NOW IN ONE PLACE

Look around you--robots are everywhere. The recent announcement that Jeff Bezos plans touse drones to deliver Amazon orders to customers only underscores how ingrained these not-quite-sentient creations are in our lives these days. Of course, before Roombas and Big Dog became reality, we had to imagine what robots might be like when assembling sci-fi movies and TV shows. Despite their mechanical nature, the robots often ended up having just as much personality as their human counterparts.

Toronto-based artist Scott Park has just created a poster called "Synthespians," which gathers illustrated versions of 66 famous robots from movies and TV shows. "Synthespians" fulfills the dream of a crossover universe where the Voltron robots get to kick it with Robocop and also Dot Matrix from Spaceballs. Seeing all these life-like pieces of metal gumbo lined up together recalls how successfully the various writers involved were able to create distinct characters out of them. And also--sigh--how Michael Bay uses them to blow stuff up.

Are there any favorite robots missing? Let us know in the comments below.

H/t to Blame It On the Voices

Posted by www.AutoDigitalMarketing.com at 8:59 AM No comments: 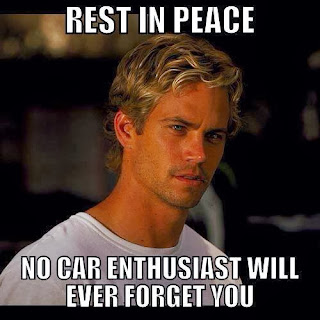 Ralph Paglia just shared an Instagram photo with you:


"#TravelLikeRalph and master the art of living out of #airports and #rentalcars in the pursuit of #automarketing #success and #cardealers selling more new and used vehicles... #autoindustry #automotive #carpeeps #digitalralph "
(taken at Mccarron Southwest)

Thanks,
The Instagram Team
Posted by www.AutoDigitalMarketing.com at 11:25 AM No comments:

Do you work with Automotive Tier 1, 2 or 3 Marketing?